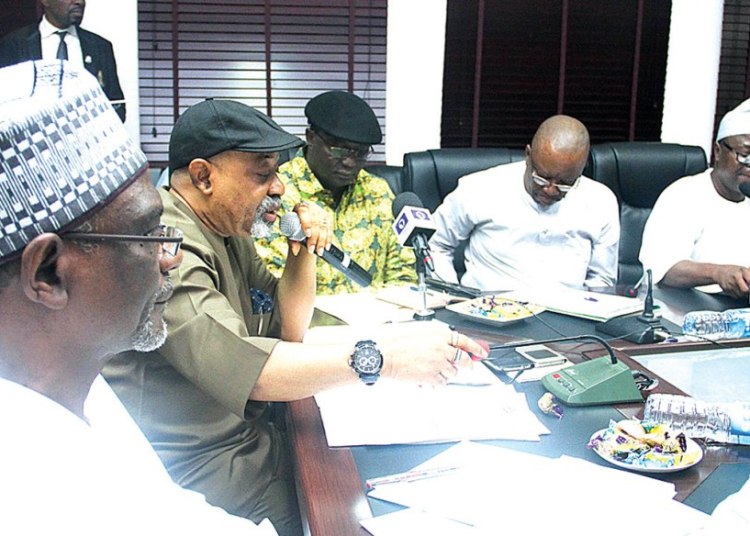 The Federal Government on Wednesday in Abuja expressed the hope that the one-month warning strike embarked upon by ASUU on Feb. 14, would soon be truncated.

ASUU called its members out on the warning strike to compel the Federal Government to address their demands, some of which had been lingering since 2009.

Minister of Labour and Employment, Sen. Chris Ngige, expressed the hope of truncation of the warning strike when he spoke with newsmen at the end of a conciliation meeting between government and the union.

Ngige said the meeting agreed on many issues and a timeline was scheduled for the implementation of the agreements.

According to him, ASUU officials agreed to return to their members with offers made by government and revert to him before the week runs out.

He noted that many of the items in the 2020 Memorandum of Action (MOA), had been dealt with exhaustively, while some were being addressed.

“We have only one or two areas that are new. One of the new areas is the renegotiation of the Conditions of Service, which is called the `2009 Agreement’.

“An agreement was reached in 2009 that their Conditions of Service would be reviewed every five years. It was done in 2014.

“We started one in which the former UNILAG Pro- Chancellor, Wale Babalakin (SAN), was chairing the committee.

“’After Babalakin, Prof. Manzali was in charge and the committee came up with a draft document, proposed by the Federal Ministry of Education and ASUU.

“Today, Manzali’s committee has become defunct because many of the people in the committee are no longer pro-chancellors,’’ the minister explained.

Ngige said that a new team had been constituted to take a second look at that document.

“This is to make sure that some of the allowances are not against the National Salaries, Incomes and Wages Commission (NSIWC) fixed rates for wages and allowances.

“If you propose allowances that do not comply with NSIWC rates, the government will not be able accept it.

“So, it is important that they do the right thing from the beginning so that whatever the committee presents can be approved by the Federal Executive Council,’’ he said.

Ngige also said that the meeting fixed a timeline of six weeks for the new committee set up by the education ministry to round up everything on the Conditions of Service.

He noted that on the issue of University Transparency Accountability Solution (UTAS) for the payment of salaries, the meeting mandated a joint committee to conduct an integrity test on the platform in conjunction with neutral experts.

The joint committee has ASUU, the National Universities Commission, and the National Information Technology Development Agency as members.

“We told them to conclude the test by March 8. If they conclude, we are expected to work on it within six weeks,’’ Ngige said.

ASUU had agitated for the adoption of UTAS to pay varsity lecturers’ salaries in preference to the Integrated Payroll and Personnel Information System insisted upon by the Federal Government.

Ngige said there was no problem with the issue of Earned Academic Allowances, apart from the reconciliation of payments made in tranches to the university system.

“Earned allowance is an allowance for excessive workload. Last year, it was paid based on the rule of the thumb theory of 10 per cent of total personnel cost.

“This year, we have told the National Universities Commission to put up a committee and within the next three weeks, come up with a figure that will be sent to the finance minister.

“For me, I think, we are on course, ASUU should go to their members, show them offers made to them by government so that they can call off the strike,’’ Ngige said.

Earlier, the President of ASUU, Prof. Emmanuel Osodeke, said members, students and Nigerian people want to see an action from the government.

“The education sector in Nigeria is in crisis and money is being lost at the primary, secondary and tertiary education levels,’’ he said.

He noted the quantum of money that ought to have been used to fund education in Nigeria was being lost to other countries.

Osodeke, therefore, called for a declaration of emergency in the sector to solve the problem. (NAN)

UPDATED: Buhari approves $8.5m for evacuation of Nigerians from Ukraine