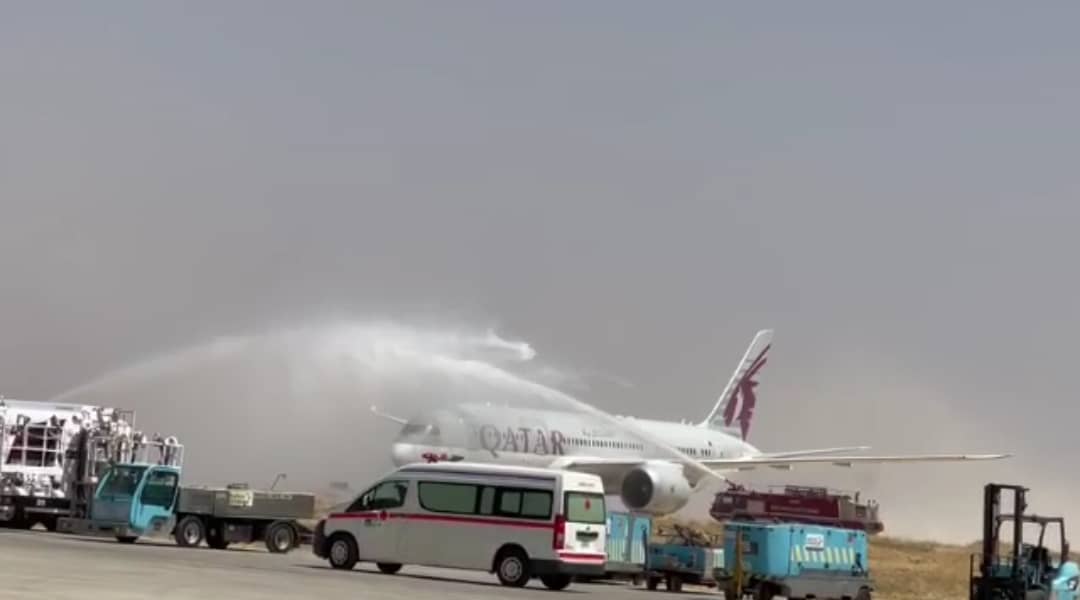 The aircraft, a Boeing 787 Dreamliner, landed at the airport at 11:10 am and was welcome with a ceremonial water shower by officials of the Aerodrome and Fire Rescue Service of the Federal Airports Authority of Nigeria (FAAN).

The National carrier of Qatar is commencing inaugural flight to Kano and would be followed by Port Harcourt, Rivers State on Thursday as part of its expansion plan to Nigeria.

The airline currently operates two daily flights to Lagos and four times a week to Abuja, which will expand to a daily service in March.

Kano and Port Harcourt will become the seventh and eighth new African gateways launched by Qatar Airways since the start of the COVID-19 pandemic.

Prev Next
53 Comments
Leave A Reply