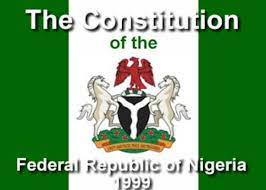 More than 70 recognized Civil Society Organisations CSOs working to institutionalize transparency and accountability in Nigeria have strongly condemn and reject the proposal to grant immunity to Legislators and Judicial Officers through the alteration of section 308 of the 1999  Constitution .

Solacebase reports that the coalition equally demand the discontinuation of the immunity currently enjoyed by the Executives.

This was contained in a statement signed by 71 CSOs on Tuesday and released in Abuja.

The coalition said one of the greatest weaknesses of the Fourth Republic is the immunity clause that protects the President, the Vice President, the Governors and Deputy Governors from prosecution while in office.

As civil society organisations working to institutionalise transparency and accountability in Nigeria, we strongly condemn and reject the proposal to grant immunity to Legislators and Judicial Officers through the alteration of section 308 of the 1999  Constitution .

We equally demand the discontinuation of the immunity currently enjoyed by the Executives.

While the original intention of the Constitution was to protect such officers from frivolous suits, in practice, many such office holders have abused the immunity they enjoy by recklessly engaging in criminal activities including corruption and other forms of abuse of office.

It is for this reason that there have been persistent calls by proponents of good governance to eliminate the clause altogether.

It is also for this reason that the undersigned organisations and individuals are alarmed by the surreptitious attempt by the National Assembly to expand the immunity clause to cover the legislative and judicial arms of government at both the State and National levels.

The proposed constitutional amendment has the dangerous potential to widen the non-accountability circle for more public officials and create conditions for the escalation of criminal acts of corruption, abuse of office and breaches of the rule of law as public officials would be emboldened to think they are above the law.

Although there are many legitimate demands for constitutional amendments by Nigerians, extending the immunity clause has never been part of it. Instead, one of the demands that has featured consistently is for the complete abrogation of the immunity clause.

We note that as the legislature moves to vote and adopt the proposed 68 amendments to the Constitution, the ruling classes in Nigeria, most especially in the National Assembly have failed to include pro-people amendments to resolve the vexatious issues of indigeneship/settler dichotomy, true devolution of powers, fiscal federalism, resource control, constitutional backing for the office of the auditor general and improvement of the security architecture since 1999.

Nigerians have also been complaining about the failure of the National Assembly to carry out an amendment separating the office of the Attorney-General of Federation and Minister of Justice to prevent political interference in the justice system.

We urge the National Assembly to prioritise amendments that are beneficial to citizens as outlined above rather than indulge in self-serving amendments that would place them on a pedestal that is above the law of the land.

Signed by the following groups working on constitution amendment and good governance in Nigeria:

1)    Centre for Democracy and Development (CDD)

38) Education As a Vaccine Against Women

49)  Centre for Awareness on justice and Accountability

66) Citizens for Development and Education