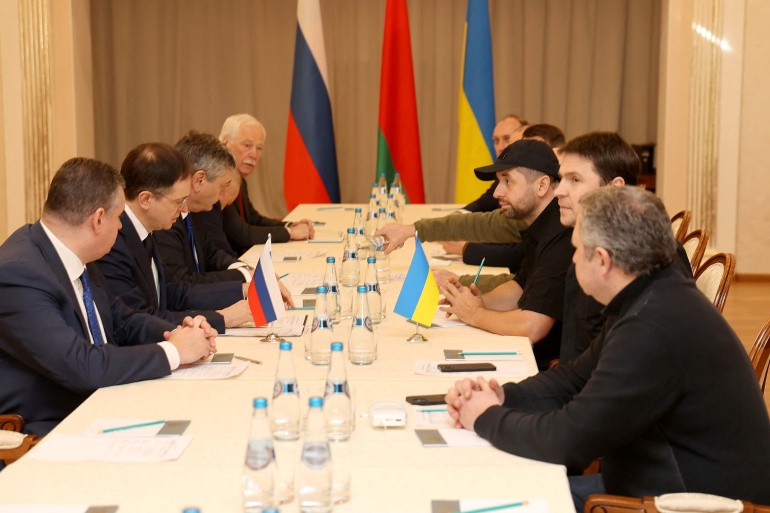 According to CNN, Ukraine’s delegation includes several high-ranking officials, but not Ukraine’s President Volodymyr Zelensky himself.

The country demanded an “immediate ceasefire and withdrawal of Russian troops” in the lead-up to the meeting.

“Dear friends, the President of Belarus asked me to welcome you and to provide everything for your work, as agreed with President Zelensky and President Putin. You may feel completely safe here. This is our sacred duty,” Makei said.

“President Lukashenko sincerely hopes that, during today’s talks, it will be possible to find solutions to all the questions of this crisis. All Belarusians are praying for this. Any proposals, in terms of organizing today’s meeting, will be considered and absolutely fulfilled,” he added. “We look forward to the results.”

The exact location of the talks between Russia and Ukraine on Monday has been kept secret for security reasons.

The talks are in Belarus, but the only location that has been announced is that they are on the banks of the Pripyat River in the Gomel region of Belarus.

WHO to rename Monkeypox, publishes guideline on vaccination