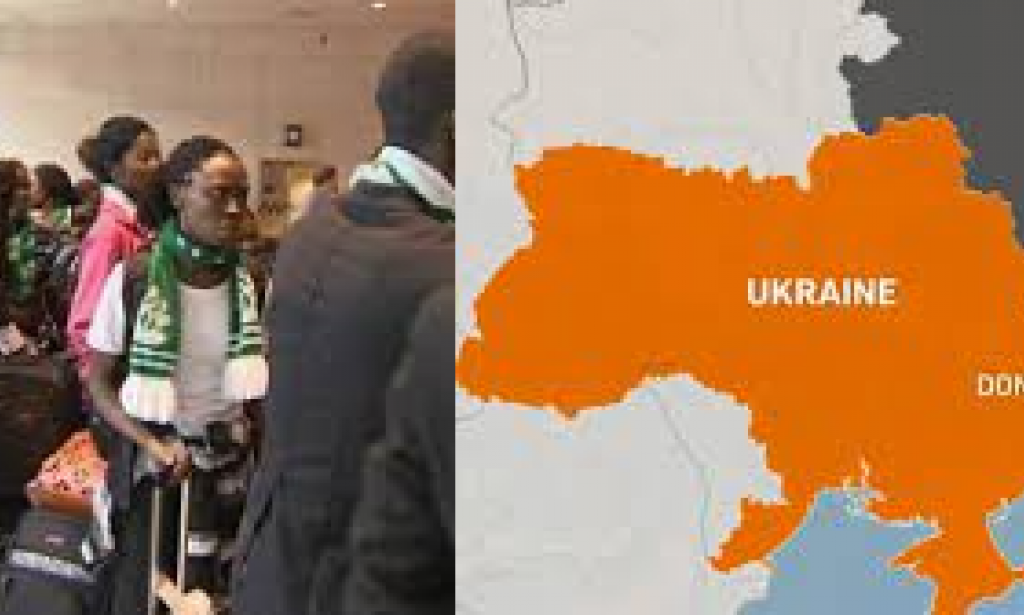 The Presidency on Sunday disclosed that 4,000 Nigerians are stranded in Ukraine and unable to cross its borders into neighbouring Poland.

This was contained in a statement on Sunday night signed by Garba Shehu, Senior Special Assistant to the President (Media & Publicity).

The statement said that it noted the reports of Ukrainian police and security personnel refusing to allow them to board buses and trains heading towards the Ukraine-Poland border.

The statement stressed the need for everyone to be treated with dignity and without favour.

The statement reads: “While efforts to begin talks between Russia and Ukraine are underway, paramount on our minds is the safety and human rights of some four thousand Nigerian citizens and many others from friendly African nations today stranded in Ukraine.

“There is a long history dating back to decades of Nigerians and other Africans studying in Ukraine, particularly medicine. The majority of Nigerian citizens in the country today are university-enrolled students.

“From video evidence, first-hand reports, and from those in contact with their wards and/or Nigerian consular officials there have been unfortunate reports of Ukrainian police and security personnel refusing to allow Nigerians to board buses and trains heading towards the Ukraine-Poland border.

“In one video widely circulating on social media, a Nigerian mother with her young baby was filmed being physically forced to give up her seat to another person.

“One group of Nigerian students having been repeatedly refused entry into Poland have concluded they have no choice but to travel again across Ukraine and attempt to exit the country via the border with Hungary.

“We understand the pain and fear that is confronting all people who find themselves in this terrifying place.

“We also appreciate that those in official positions in security and border management will in most cases be experiencing impossible expectations in a situation they never expected.

“But, for that reason, it is paramount that everyone is treated with dignity and without favour.

“All who flee a conflict situation have the same right to safe passage under UN Convention and the colour of their passport or their skin should make no difference.

“As a nation, we are proud of those educated in Kyiv and Kharkiv and other cities and centres of learning who have returned to Nigeria to perform great service for our nation and our people.

“Without the generosity of spirit of the Ukrainian people that would never have been possible.

“We pray for those directly affected by this conflict.

“Nigeria, with our 200 million people, support all and every diplomatic effort to bring this war to an end.”

Prev Next
71 Comments
Leave A Reply