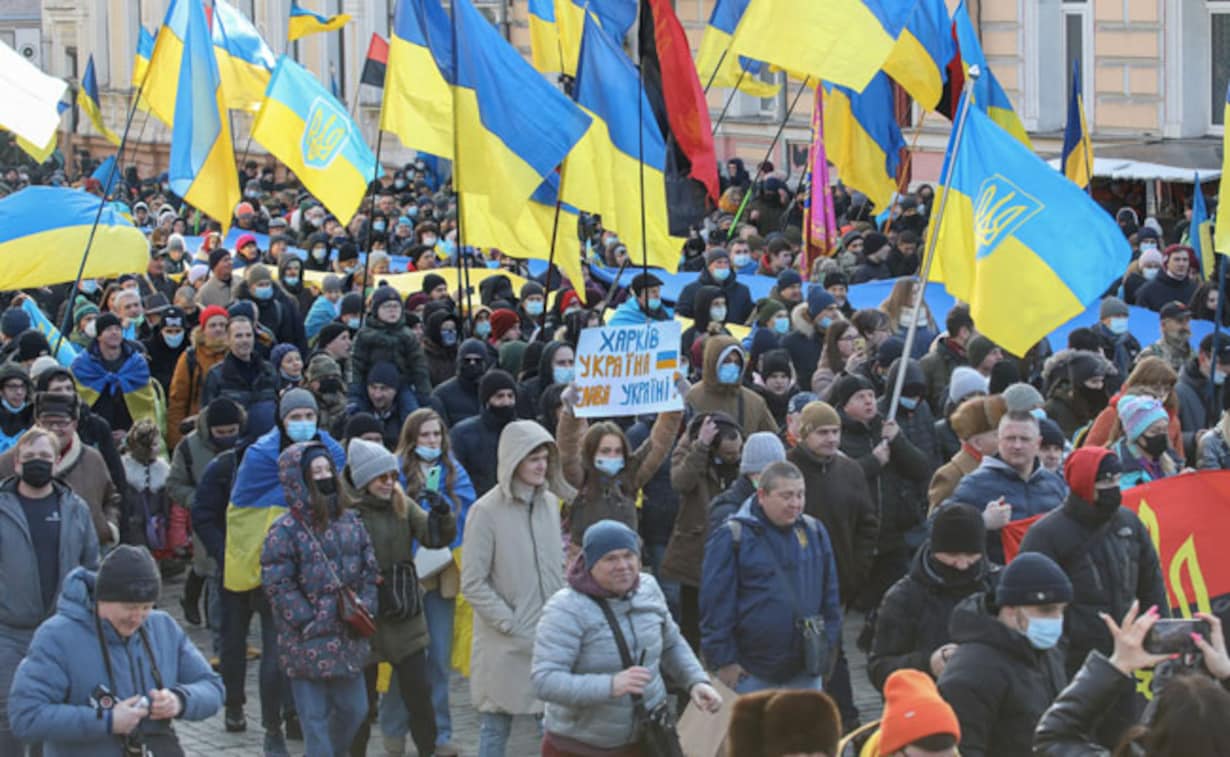 UN Emergency Relief Coordinator Martin Griffiths said an eight-year-long conflict in Eastern Ukraine had already made three million people to be in need of humanitarian assistance “on both sides of the contact line”.

Griffiths, who also serves as the humanitarian affairs chief, told journalists that the UN and its partners had been responding to that need for many years.

Griffith spoke to journalists on Saturday at the UN headquarters in New York about the humanitarian situation in Ukraine.

“This year alone, for example, UN coordinated humanitarian convoys delivered over 150 tonnes of assistance to the most vulnerable people in the non-government controlled areas in the Donbas,” he said.

Women, children, the elderly, people with disabilities, those living close to the contact line and those living in the non-government areas are currently the most in need.

He painted a grim picture of shelling of urban centres across Ukraine and unconfirmed reports of human casualties and damage to residential infrastructure, expressing extreme concern over the impact of the ongoing escalation.

“We are concerned about reports of population movement…fleeing in search of safety and protection,” Griffiths said.

He said that hundreds of thousands of people were “on the move in Ukraine and out of Ukraine, as we speak.”

The UN emergency coordinator echoed the Secretary-General’s position in stressing that UN humanitarians were committed to expanding their presence.

“We have not left. We are not leaving Ukraine,” he said.

As people there are “bunkered down,” Griffiths said that the UN was scaling up its efforts to help meet the needs of those effected, “and we have been doing this for some weeks.”

At this alarming phase of escalation, he flagged that the safety and security of all UN staff and their dependents was a top priority.

“We are currently facilitating the temporary relocation of non-essential UN staff and eligible family member within Ukraine,” said the Emergency Coordinator.

In the meantime, the UN Office for the Coordination of Humanitarian Affairs (OHCHA) has set up an inter-agency operation centre in Geneva and will be launching an appeal.

It will bring together the needs of the region outside Ukraine, under the leadership of the High Commissioner for Refugees, Filippo Grandi, as well as for those within the country.

Turning to the UN chief’s announcement on Thursday that 20 million dollars would be released from the Central Emergency Response Fund (CERF) to increase an immediate response, Griffiths said that it was imperative for the scale of needs in these “very, very extraordinary circumstances.”

“In the coming days, we will launch two coordinated emergency appeals in response to Ukraine’s escalating humanitarian needs, including rising internal displacement, and the needs of people seeking refuge in countries neighbouring Ukraine.”

He explained that donors were needed to mobilise financial resources, which will be outlined in a few days.

The most important point Griffiths said was the safety of UN humanitarian workers and their humanitarian partners, saying that our humanitarian response is guided by humanity, neutrality, operational independence and impartiality.

The senior UN official reminded that 50 per cent of the wheat used by the World Food Programme’s (WFP) comes from Ukraine, which illustrates that the effects of the crisis are “spooling out before us, and we have yet to see where it will lead”. (NAN)

Ukraine ready for peace talks with Russia but not in Belarus

WHO to rename Monkeypox, publishes guideline on vaccination