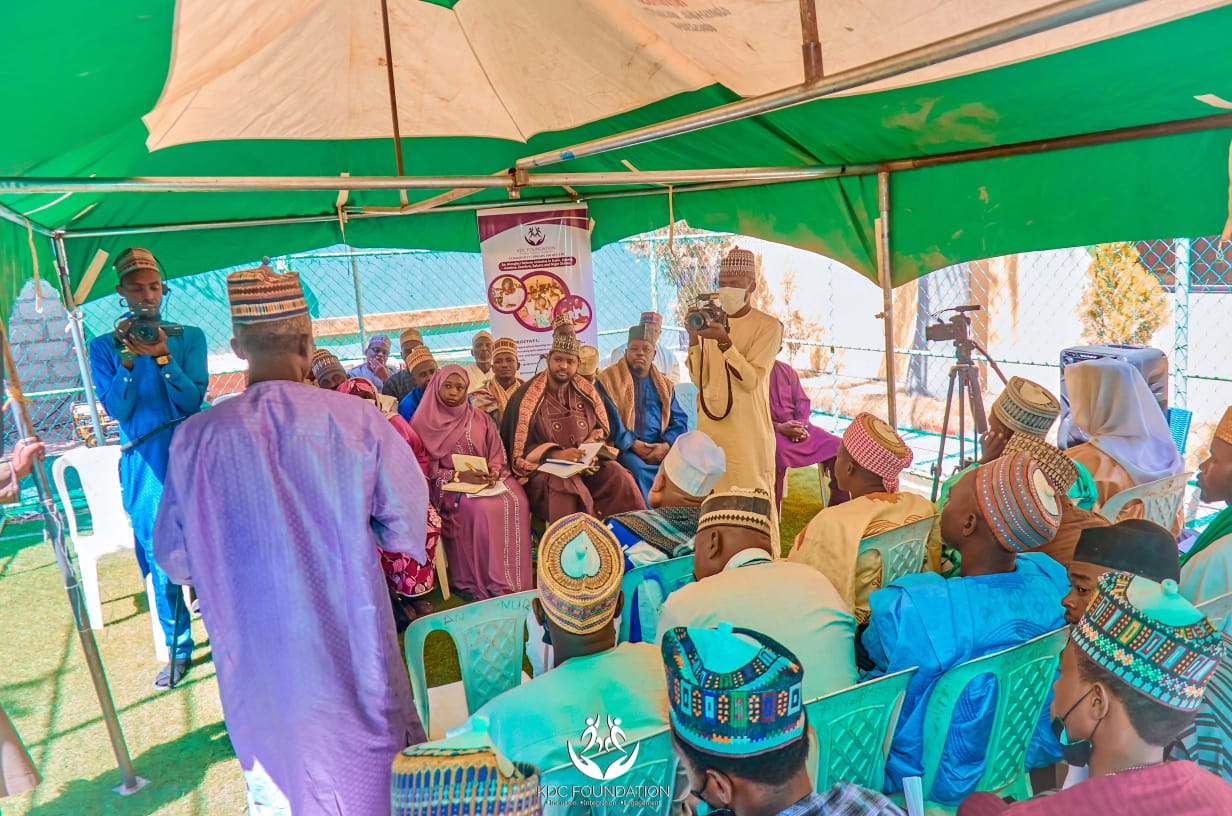 A Non- Governmental Organization that works for the transformation of Almajiri System of Education, KDC Foundation, has engaged Tsangaya Schools teachers, to discuss and sensitize them on the new curriculum it’s set to design for running the Tsangaya schools.

The interaction which took place on Monday, in Kano with various stakeholders from the federal and state government, the school teachers, media centered on ways to mobilize the Islamiyya teachers to accept the positive changes from the curriculum.

Chairman of the Foundation, Khalifa Muhammad Dankadai, said the essence of the session was to hear from the Islamiyya teachers on their perceptions towards the curriculum and also get their inputs to best design it suit their views.

He said “by way of analyzing the inputs given by the Islamiyya teachers, it is assured that they accepted the system and also ready to work with it whenever available which is our main concern. Because they have to accept and work with the curriculum then we will achieve our goals of reforming the system.

“So we will consider their views and give them free hand to run the system themselves. Part of what we will do is to teach English and Mathematics, and also teach the young children entrepreneurial skill so that they will stop street begging and always dress neatly like all other pupils,” he said.

He said they have engaged all stakeholders including the state government across 10 Tsangaya Schools in each of the 6 selected states in the North.

A lecturer with the Faculty of Education , Bayero University Kano (BUK), Dr Kamilu Ibrahim said there are indications that this time around the effort to reform Tsangaya Schools will succeed looking at the foundation laid for program.

“This is entirely different from other past efforts because this one engaged the Tsangaya Schools Teachers themselves to play their own role and I’m very sure if it is well run success is on their side.”

Also speaking on behalf of the Tsangaya Schools Teachers, Malam Jazuli said they have been witnessing series of this programs but none of them succeeded, adding that this is the first time that he has ever shown the right commitments by involving them into all activities of the project.

He said the Tsangaya schools Teachers are always ready to accept and work with the curriculum which the Foundation promised to design very soon.