Former Kano State Governor, Senator Rabiu Musa Kwankwaso has assured the family of Hanifa,  5 year old girl, killed by her teacher, of support to get justice.

Sen Kwankwaso gave the assurance on Sunday when he paid a condolence visit to the family of Hanifa who was kidnapped on December 4th,2021 by her teacher, Abdulmalik Tanko and killed after demanding ransom of N6m from the parent.

Abdulmalik Tanko was arrested last week by the police while trying to collect part of the ransom payment after he had killed Hanifa and buried her in a shallow grave in his school premises, Noble Kids Academy, Kwanar Dakata, Nasarwawa local government area, of Kano State. 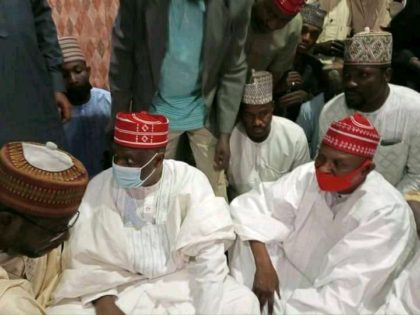 The former Defence Minister who prayed for the repose of the soul of the little schoolgirl, urged her parents to bear the sad loss with courage and fortitude in God.

Kano Electricity Distribution Company (KEDCO) has begun presentation of palliatives to the Governments of Kano, Katsina and Jigawa for onward distribution to residents of the state. A statement issued by Head, Corporate Communications, KEDCO, Ibrahim […]

Kano Emirate Council is to commence drug test for traditional title applicants as a measure to address increasing drug abuse in the society. The emir of Kano Muhammad Sanusi II represented by Madakin Kano Alhaji […]