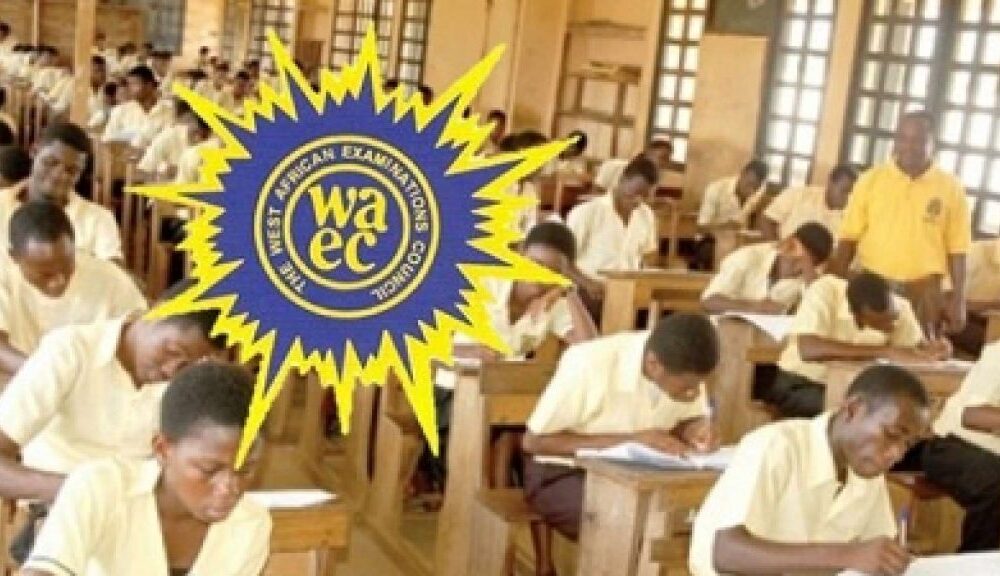 WAEC Head of National Office (HNO), Mr Patrick Areghan, made this known while announcing the release of results of the 2021 WASSCE for school candidates on Monday in Lagos.

Areghan said the increment was due to un-abating spiral inflation in the country, worsened devastating effects of the Coronavirus (COVID-19) pandemic.

“As can be seen, in the general cost of doing business and the multiplier effect of insecurity in the country which have consequential effects on the cost of our operations, it is no longer possible to continue to provide services with the current fee of N13,950 per candidate.

“We have received approval from the appropriate quarters with effect from the WASSCE for School Candidates 2022 to charge N18,000 per candidate.

“We are, therefore, asking all schools principals to collect N18,000 per candidate for registration.

“Any amount beyond this ceiling will not be to our consent or knowledge and will definitely not come to the purse of the West African Examinations Council,” Areghan warned.

The WAEC boss noted that a part of the new fees would go into remunerations enhancement for the various examination functionaries with effect from 2022 as approved by the council’s Governing Board.

Giving a breakdown of this year’s WASSCE, Areghan said a total of 1,573,849 candidates registered for the examination from the 19,425 recognised secondary schools in the country.

Of the registered candidates, 1,560,261 actually sat for the examination and results of 1,256,990 candidates were fully processed and released, while 303,271 others were still being processed due to some unresolved issues.

The WAEC boss said that efforts were being made to speedily complete the processing to enable all the affected candidates get their results fully processed and released within the next one week.

“The analysis of the statistics of the performance of candidates in the examination shows that out of the 1,560,261 candidates that sat for the examination, 1,398,370, representing 89.62 per cent, obtained credit and above in a minimum of any five subjects, that is, with or without English Language and/ or Mathematics.

“A total of 1,274,784 others, representing 81.7 per cent obtained credits and above in a minimum of five subjects, including English Language and Mathematics.

According to WAEC, there is an appreciable 16.46 per cent improvement in performance of those who obtained credit and above in a minimum of five subjects, including English Language and Mathematics, which was 65.24 per cent for 2020 WASSCE.

He added that the examination was also administered to candidates from schools in Benin Republic and Vote D’Ivoire, where the Nigerian curriculum for senior secondary schools are used.

The HNO noted that results of 170,146 candidates were, however, being withheld in connection with various reported cases of examination malpractice.

He described as worrisome, the increasing activities of rogue-website operators and some other social media platforms who post examination questions online immediately after the commencement of the paper being administered.

The council boss noted that the increasing use of cell phones in the examination hall in spite of the existing ban and organised cheating in some schools are other big concerns.

“All the cases are being investigated and reports of the investigations will be presented to the appropriate committee of the council for determination in due course.

“The Committee’s decisions will be communicated to the affected candidates through their various schools,” he said.

Areghan said there was an urgent need for moral regeneration, urging religious leaders and other stakeholders to assist council in the fight against examination malpractice.

Speaking further, the HNO stated that there would be no going back on its ”No NIN, No Registration” requirements for all persons seeking to sit for council’s examination beginning from 2022.

“Schools will be expected to supply the NIN of every candidate as part of the registration requirements.

“This is in line with the directive of the Minister of Education. We advise all schools to comply accordingly. They should ensure that all their SSS 3 students, indeed all students to register to obtain their NIN in order to make their registration process seamless,” he said.

Areghan also stated that 1,539 candidates, with varying degrees of Special Needs, registered for the examination, out of which 460 are visually challenged, while 582 others have impaired hearing.

“All these candidates were adequately provided for in the administration of the examination. Their results have been processed and are also being released along with those of other candidates,” he said.

According to him, the council is currently working with a technology company on certificate digitalisation.

“We are now ready with the product and it will soon be launched. This will make it possible for candidates and other stakeholders to access the exact replica or images of candidates’ certificate online,” he said. (NAN)