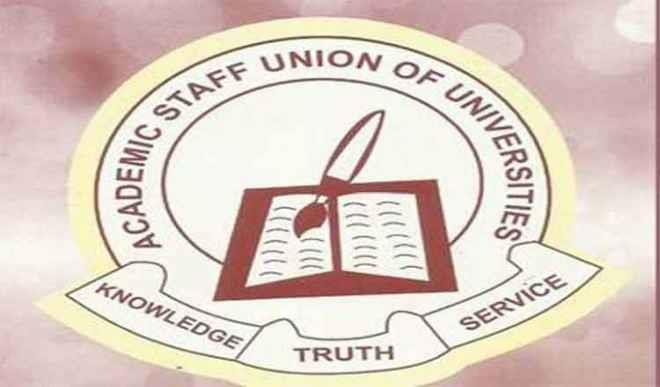 The Academic Staff Union of Universities (ASUU) has asked the federal government to publish and implement the reports of the presidential visitation to federal universities so as to address major challenges bedevilling various institutions.

Solacebase reports that ASUU Kano Zonal Coordinator, Prof. Abdulkadir Muhammad at a news conference on Friday, held at Bayero University Kano, said the union notes that Visitation Panels to federal Universities had completed their assignments, therefore, the body is calling on the government to expedite action on issuance of white paper and full implementation of recommendation thereof.

Prof. Muhammad accused the federal government of defaulting on the December 2020 Memorandum of Action (MoA) that led to the end of the strike.

He said the union will use all logical and reasonable means within the ambit of the law, including ongoing engagement with members of the public and government and relevant stakeholders to achieve its aims.

According to him, while strike action is not the only option available to the union, it is always the last resort because it “seems to be the only language the government understands”.

The zonal coordinator said the union will use all logical and reasonable means within the ambit of the law, including ongoing engagement with members of the public and government, to achieve its aims.

Muhammad said the zone, comprising seven universities, in its meeting, on Friday, reviewed the level of implementation of the December 2020 MoA by the FG “which centred on Funding for Revitalization of Nigerian public Universities, Earned Academic Allowances (EAA), Proliferation and governance issues in the State Universities, Visitation panels, conclusion of Renegotiation of 2009 FGN/ASUU Agreement, University Transparency and Accountability Solutions (UTAS), Withheld Salaries and Non-remittance of Check-off Dues due to inefficiencies arising from the forceful and illegal deployment of a scam called the Integrated Payroll and Personnel Information System (IPPIS).”

He said the MoA stipulated timeline for the implementation of all the outstanding issues, but the FG “has failed to honour the agreement it freely entered with the Union.”

The failed agreements, he said, include the non-remittance of N30bn as a tranche of N220bn on or before January 31, 2021, and also the government’s failure to convey a meeting as planned to strategise on the release of the balance which was supposed to have taken place since February.

“Nigerians should hold Government responsible for any disruption of academic calendar in Nigerian Universities.

“The Union is always ready to deploy appropriate measures to salvage the Nigerian University system from rot and decay”, he said.