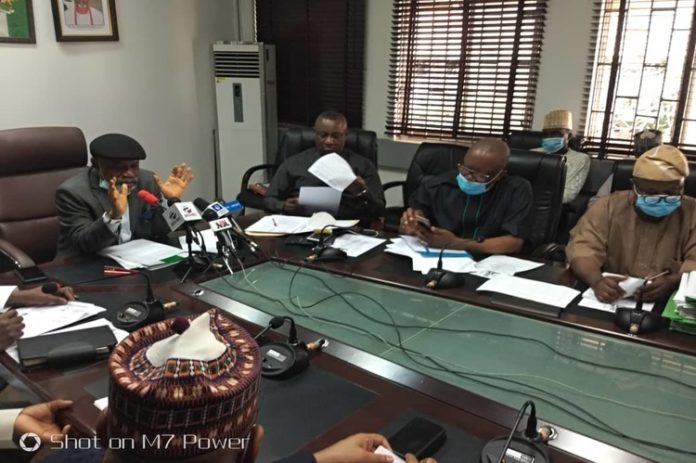 The Federal Government on Friday agreed to exempt the Academic Staff Union of Universities(ASUU) from the Integrated Payroll and Personnel Information System pending when the university lecturers will complete the development of its own payment platform- the University Transparency and Accountability Solution (UTAS).

The government also agreed to ASUU’s demand to pay their members’ salary arrears from February to June through the old salary payment platform – the Government Integrated Financial and Management Information System.

The federal government offered to raise the Earned Academic Allowances to university staff from N30bn to N35bn and the revitalisation fund from N20bn to N25bn.

Cumulatively, the government, through the Accountant – General of the Federation, offered the lectures N65 billion to call off their eight-month-old strike.

The government also shifted grounds on a number of issues, including the insistence that all the academic staff of the federal universities must be paid through the IPPIS platform.

Minister of Labour and Employment, Chris Ngige, who read out the communique at the end of a seven-hour negotiation with ASUU members in Abuja, the funds will be shared by all the registered Trade Unions in the universities after providing necessary evidence of having earned the allowance.

“Responding to the demand for immediate payment of 50% of the initial amount allotted for the purpose (revitalisation) which translates to N110 billion, the FG stated that this is not possible because of the paucity of funds.

“The government, however, offered to pay N25 billion based on the Memorandum of Action (MoA) of 7th February 2019 signed with ASUU or in the alternative, urged ASUU to accept N30 billion with the reduction in the earlier Earned Allowances. Between the revitalisation and earned allowances, the FG has offered a cumulative sum of N65 billion.

“The Accountant-General of the Federation offered to immediately release N40 billion or in the alternative N35 billion to be shared by all the registered Trade Unions in the universities after providing the necessary evidence of having earned the allowance.

“The FG reiterated that her offer of N40 billion or 35 billion whichever is accepted by ASUU was for all the universities unions: ASUU had proposed that N40 billion be paid immediately for all unions,” the communique said.

The breakthrough in negotiations is expected to end the eight-month strike embarked on by the university lecturers.

Before the new offer by government, ASUU had demanded N110 billion for revitalisation which should be paid in tranches.

The union also told the government that the N30 billion EAA was for only ASUU members, a position the government rejected, citing lack of funds to meet ASUU’s financial demands.

On his part, ASUU president, Prof. Biodun Ogunyemi said that the union has received the new proposals by the federal government and that it will go and consult with it’s organs before taking a position.

“I don’t really have much to say as the minister had said it all. Government has given us offers and we have promised to go back to our organs to brief them and then come back to the government. We acknowledge that progress has been made,” he said.

Ogunyemi said that ASUU will need till Friday next week to meet with its organs before reverting to government.

The meeting was therefore adjourned till next Friday.