Kano State Government says the success achieved in the fight against the spread of COVID-19 pandemic is as a result of measures taken through a collaborative effort with various stakeholders.

The Deputy Governor,Alhaji Nasiru Yusuf Gawuna who is also the Chairman Of the State Task Force Committee on COVID-19 disclosed this on Wednesday at Africa Hall, Kano Government House while giving an update on measures taken in the State to curb the spread of the dreaded disease to the participants of the Senior course 43 of the Armed Forces Command and Staff College, Jaji who are in Kano on a study tour.

A statement issued by Chief Press Secretary to the Deputy Governor of Kano State Hassan Musa Fagge said Alhaji Nasiru Yusuf Gawuna explained that Kano inaugurated its task force committee on COVID-19 on 13th March this year following the outbreak and upsurge in the number of the cases in the country and globally.

‘’He added that in the fight against the dreaded disease, the State Government established 6 isolation centres, trained over 1,500 personnel on infection prevention and control skills and activated 16 sample collection sites,’’ said the statement.

According to the statement, Chairman of the State Palliative Distribution Committee on COVID-19, Professor Yahuza Bello revealed that Kano Government took a holistic approach towards cushioning the effect of the pandemic.

“The Committee received about N900 million support from the State Government, philanthropists and other corporate organisations.”

“We supported 270,000 vulnerable households in 3 rounds of distribution…this has helped in minimizing the effects of the pandemic according to Bello”. 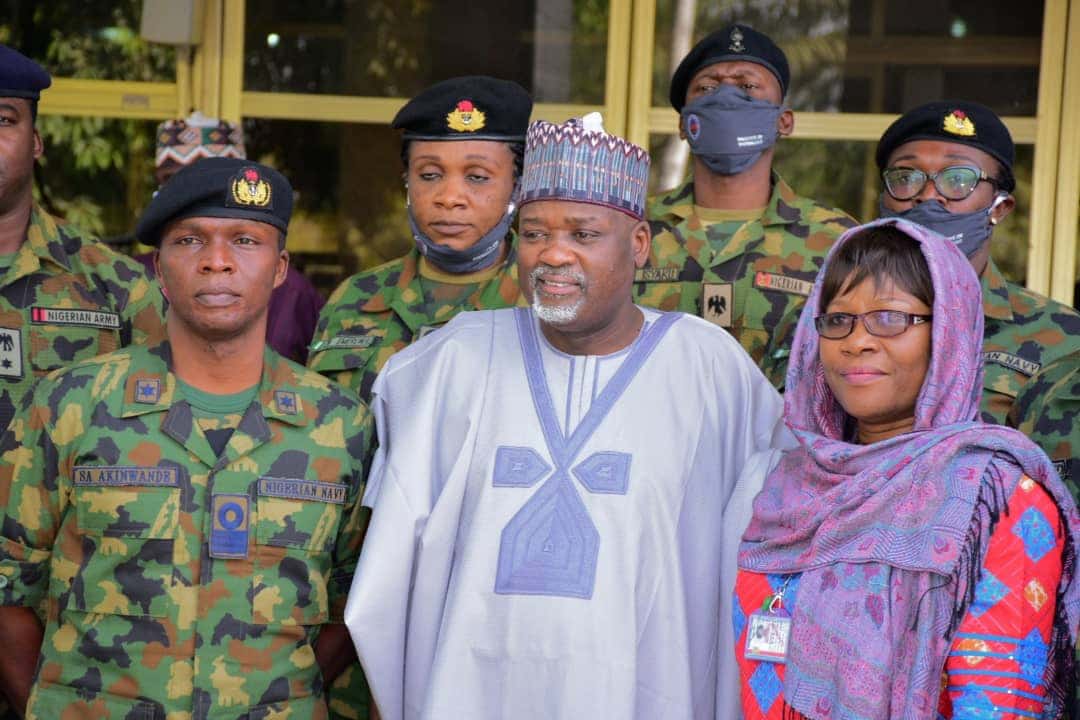 In his remarks on behalf of the participants of the course, Squadron Leader O.O. Evulobi said they have benefitted from the experience gained during the tour.

He, however, expressed appreciation to the Kano State Government for the warm reception given to them.