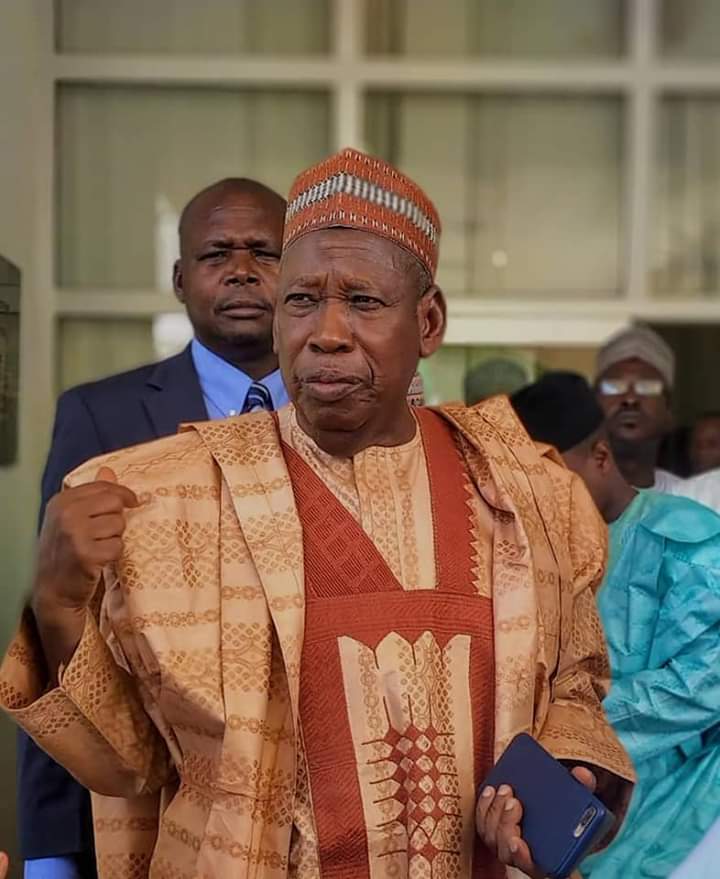 Gov.  Abdullahi Ganduje of Kano State has said that a functional rail system will reduce road carnages and the attendant loss of lives and property caused by heavy vehicles.

The governor stated this when members of the Senate Committee on works paid him a courtesy call in his office on Tuesday.

He said that lack of rail system had caused great problems to Nigerian roads, noting that unless there was much planning, the government would continue to waste funds.

“Even though it is absolutely necessary to repair the roads, that is not a lasting solution. The lasting solution is to develop our railway system so that heavy vehicles will be reduced.

“Another issue is that when we are repairing the roads, we do not follow the traffic regulations. A vehicle that is supposed to carry 30 tonnes can carry 50 tonnes and by mere giving some change (money), they get away with it not minding the damage they cause on the road especially during the raining season.

“This has to be checked,” he said.

He called on the Federal Ministry of Works and Housing to award only contracts that could be completed and paid for.

“The Kano-Maiduguri-Yobe road has been on for over 10 years. There are even some that didn’t work for more than two weeks. It has been abandoned.

“So, the committee needs to find out the outstanding certificates and see the cash flow,” Ganduje said.

He decried the slow spate at which most of the reconstruction was done by the contractor, Julius Berger Plc which he said was affecting the socio-economic development of Kano, Kaduna and Niger.”

Ganduje expressed appreciation to President Muhammadu Buhari for the gas pipeline which would start from Ajaokuta-Kaduna-Kano.

“With the new terminal wing and the Emirate Airline has now agreed and the Federal Government has approved for them to start operations between Dubai and Kano. Very soon the flight will be launched,”he said.

Earlier, Chairman of the Committee, Sen. Adamu Aliero, said that the purpose of the visit to Kano was to inspect all the ongoing Federal Government projects through the ministry of works.

“In particular, we singled out one important road project, the Abuja-Kaduna-Zaria-Kano road because it is a project that enjoys funding from the annual budget, Sovereign Wealth Investment Authority Fund and the Abacha Loot.

“We are not happy with what we have seen: we made it very clear to the contractor that we will summon the Managing Director of Julius Berger.

“We are not particularly happy at the spate that the work was going on, its on a very slow speed. We didn’t see enough equipment and men at the site. This is very unusual of Julius Berger.

“The safety regulations are not strictly adhered to. Management of the highway at the end of reconstruction was not properly done and has led to a series of death. We are not happy with this,” he said.

Aliero further said that given a large number of roads to be rehabilitated in the country, there was no way the Federal Government could fund over 522 roads within a year.

He, therefore, called for public-private partnership as an alternative means to funding road infrastructure. (NAN)