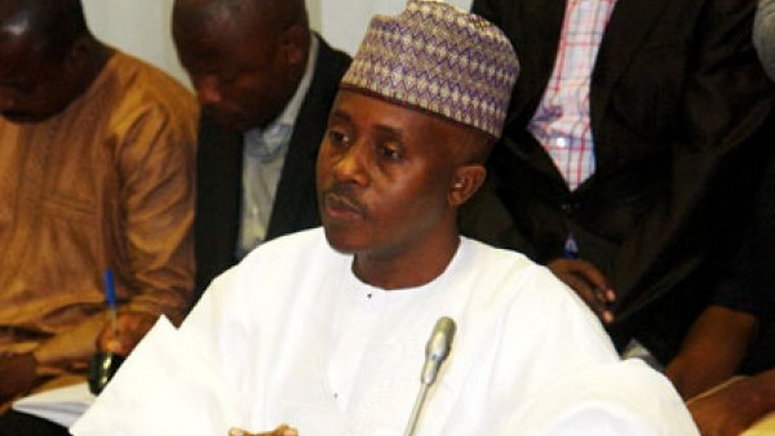 Absence of witnesses on Tuesday stalled the resumed hearing on the $500,000.00 bribery case against a former member of the House of Representatives, Farouk Lawan at the High Court of the Federal Capital Territory, sitting in Apo.

The presiding Justice Angela Otaluka of the Federal Capital Territory High Court, adjourned the case to March 5 to enable the Defence Counsel bring their witnesses to Court

Earlier, Barrister Benson Emmanuel, who stood in for Defence Counsel, Mike Ozokhome, applied to the Court to Subpoena the two witnesses to appear before the Court in the next adjourned date.

He argued that the witnesses by deliberately refusing to appear before the Court after giving assurances to the Defence Counsel have shown that they can only be compelled to appear by a process of law.

According to him, they were constrained to pray the court for an adjournment to enable the Court to Subpoena the witnesses to appear before it in respect of the case.

But prosecution Counsel Adegboyega Awomolo, objected to the prayer, adding that the Defence has not shown commitment and diligence in the matter.

He argued that they had two clear weeks from the last date of sitting to have applied for the witnesses to subpoenaed but chose to wait until the day the Defendant was to open his defence.

He therefore urged the Court to compel the Defendant to go ahead and open his Defence.

However, Justice Otaluka, while adjourning the matter, observed that the case was a criminal matter and should be given accelerated hearing.

Lawan was being prosecuted by the Independent Corrupt Practices and other related offences Commission (ICPC) for allegedly collecting 500,000 dollars bribe from billionaire businessman,  Femi Otedola.

The money was said to have been demanded to facilitate the removal of Otedola’s company from the list of firms indicted by the House of Representatives Ad hoc Committee on Fuel Subsidy in 2012.