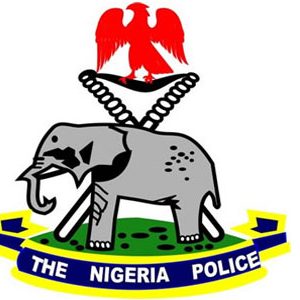 The Police in Jigawa have arrested an 18-year-old lady (name withheld) for allegedly killing her one-day-old baby boy after they exhumed the corpse in Ringim Local Government Area of the state.

The Police Public Relation Officer in the state, SP Abdu Jinjiri, confirmed the incident to News Agency of Nigeria (NAN) in Dutse on Monday.

Jinjiri said the suspect, a resident of Dandabi village was arrested after she allegedly connived with her stepmother now at large, and buried the corpse of the baby which she delivered as a result of an unwanted pregnancy.

“An information from reliable source had it that one young lady aged 18 of Dandabi village in Ringim LGA has given birth to a baby boy, however, the baby was nowhere to be seen.

“As a result, the police arrested the suspect for interrogation. An investigation revealed that the suspect after eight months’ pregnancy, was on January 31, taken to one house in Sankara village by her stepmother where she was given injections by medical personnel also at large.

“A day after, that was on Feb. 1, she gave birth to a baby boy which was killed instantly and buried in a bush.

“Police later discovered where the corpse of the baby was buried, exhumed and took it to hospital for doctor’s analysis,” Jinjiri said.

He explained that in the course of interrogation, the suspect confessed to have killed the baby by strangulation.

The spokesman added that the suspect also confessed to burying the baby with the assistance of her stepmother.

According to him, a 20-year-old man of the same village who was responsible for the pregnancy, has also been arrested by the police.

Jinjiri added that the police have launched a manhunt to arrest the two fleeing suspects, while investigation into the case was ongoing. (NAN)