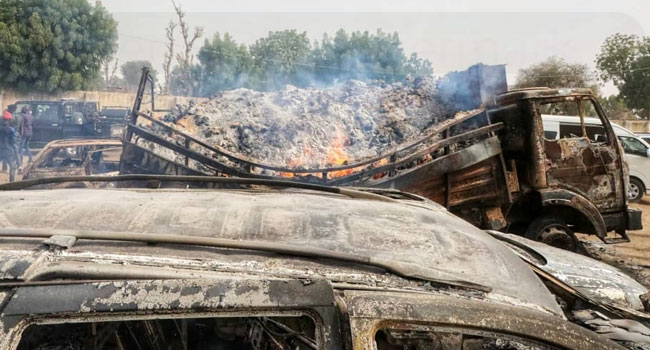 General Olusegun Adeniyi said that the passengers were forced to pass the night at Auno village, 24 kilometres away from Maiduguri, due to their inability to meet up with the 5 pm curfew imposed by the Army for travellers.

Although conflicting figures from eyewitnesses said about 30 people died in the attack and no fewer than 18 cars, including heavy-duty trucks, were set ablaze during the attack while an unspecified number of people mostly women and children are also believed to have been abducted.