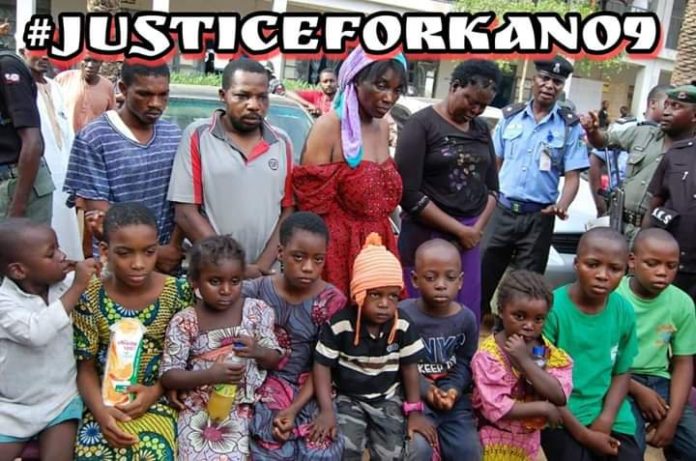 The Muslim Rights Concern has condemned the abduction and conversion to Christianity of nine children from Kano, urging the Police to quickly prosecute the suspects.
MURIC Director, Prof. Ishaq Akintola, in a statement on Monday, charged parents to be security-conscious and for Muslims not to allow the incident to generate animosity between them and their Christian neighbours.
According to him, the nine children were rescued by the police on Oct. 11 from Anambra where they were taken and allegedly sold as slaves.
“The children were abducted in Kano and taken to Onitsha in Anambra State.

“Kidnappers have taken over the house of God. The phenomenon of kidnapping for Christ has now rented the air. We are shocked to our marrows.

“It is such a big shame that some Christian fanatics will live among us only for the purpose of abducting our children, converting them to Christianity and selling them into slavery,” he said.

The director who said that not all Christians were involved in the criminal behaviour, urged Muslims faithful not to allow the incident to generate animosity with their Christian neighbours.

“We, therefore, appeal to Muslims throughout the federation to dispassionately separate the wheat from the chaff.

“This Kano 9 incident should not be allowed to generate animosity between them and their Christian neighbours.

“Nonetheless, Muslim parents should be security conscious, particularly around their children.

“Mallams in charge of Islamiyyah schools and madrasahs all over Nigeria are urged to do head-counting before the commencement of classes and immediately after.

“Muslim children should be given security tips. For instance, movement in groups should be encouraged while residents should heighten their vigilance.

“We appeal to the security agencies to provide adequate security around Islamiyyah schools and protect Muslim children from Christian abductors. The Kano 9 culprits must face the full wrath of the law,” Akintola said. (NAN)