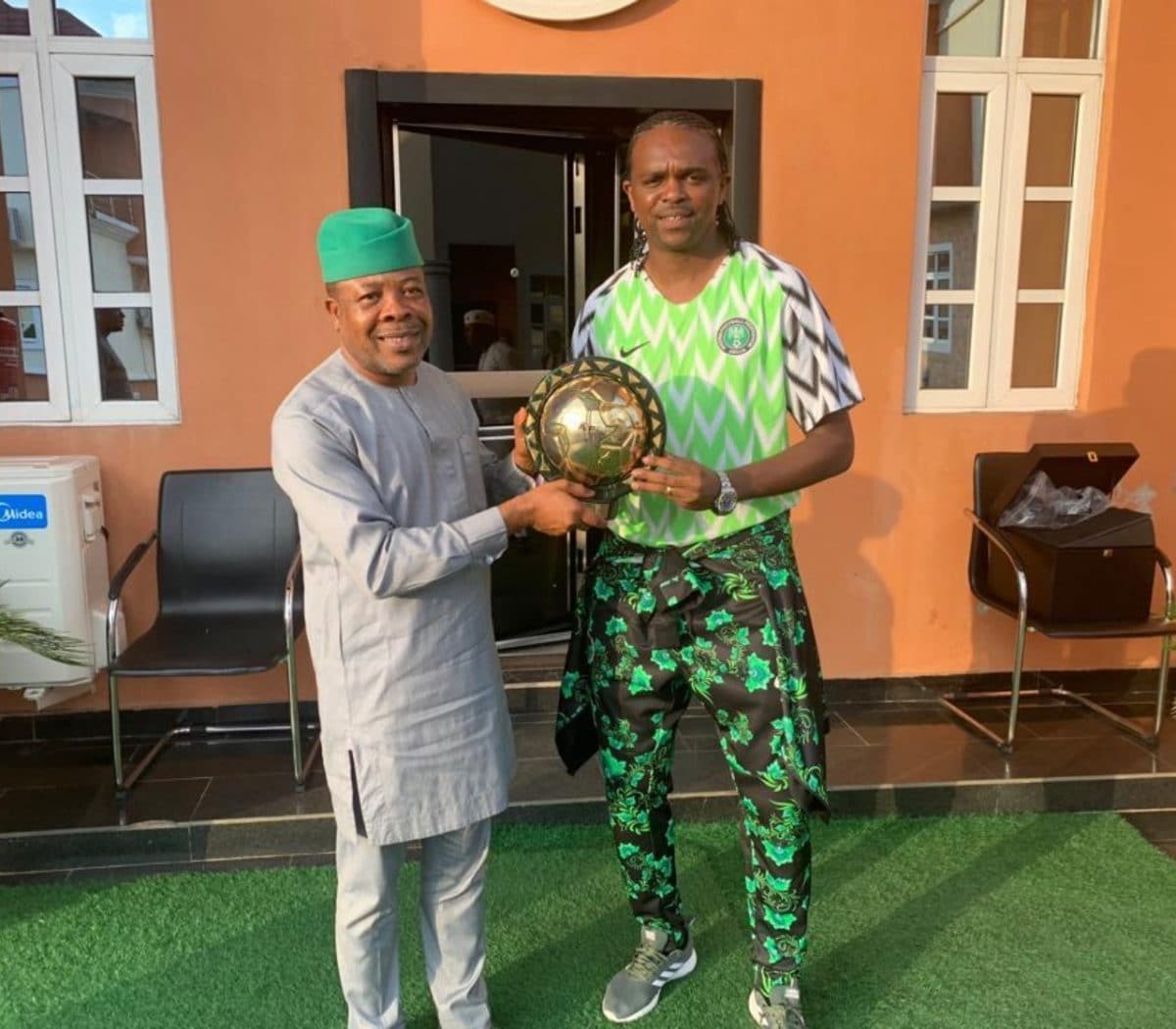 The Governor, made the announcement on Wednesday at the Government House in Owerri, the state capital when the former Arsenal player visited him, according to a statement issued by the governor’s aide on new media, Izuchukwu Akwarandu.

According to the statement, “The governor, Emeka Ihedioha, received one of the country’s football legends, Kanu Nwankwo, at the Government House, Owerri, on August 14, 2019.”

“Papilo, as fondly called by his fans, came to present his most recent CAF award, which was given to him at the just concluded Nations Cup in Egypt, to the sports-loving governor of Imo State. The star also presented a branded jersey to the governor,’’ said the statement.

“The governor while welcoming the former Super Eagles goal poacher, announced Kanu Nwankwo as his Senior Special Assistant on Sports.”

El-Zakzaky Begins Treatment With His Appointed Doctors In India