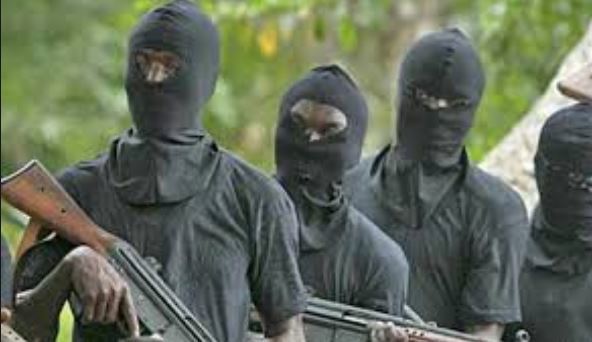 The police in Kaduna on Tuesday confirmed the killing of three persons by gunmen at Unguwan Rimi village in Chawai District of Kauru Local Government Area of the state.

The Public Relations Officer of the police command in the state, DSP Yakubu Sabo, confirmed the incident in Kaduna.

Sabo said that information available to the police had it that on Monday 17 at about 2:25p.m., the Divisional Police Officer (DPO), Kauri, received a distress call “that armed men entered Unguwan Rimi village in Chawai District of Kauru LGA, started shooting sporadically, and in the process, shot dead one Monday Yahaya (8 years old), Samson David (17 years old), and Ashimile Danladi (9 years old) respectively.”

According to him, a team of police men that was quickly drafted to the area, evacuated the dead bodies to a hospital and ensured that order was restored in the area.

Sabo said that efforts were ongoing to apprehend the perpetrators of the act and the command has intensified surveillance and other proactive efforts to forestall further breach of the peace in the area.

Also Alh. Yahaya Mohammed, Res-Tsam (Chief) of Chawai, who confirmed the development in an interview with the NAN, said that the killers invaded the village settlement around 2:30 am and shot sparodically at innocent people killing three children in the process.

The monarch further said that the attackers again proceeded to Chikoba settlement at about 4p.m. and opened fire in the area killing another child and injuring another.

“Following an uproar, we immediately alerted security operatives to come to our rescue.

“Except for the elderly man, who sustained gunshot wounds, I can not confirm to you the exact number of injured persons as so many people ran out of their homes for safety when the attack began,” he said.