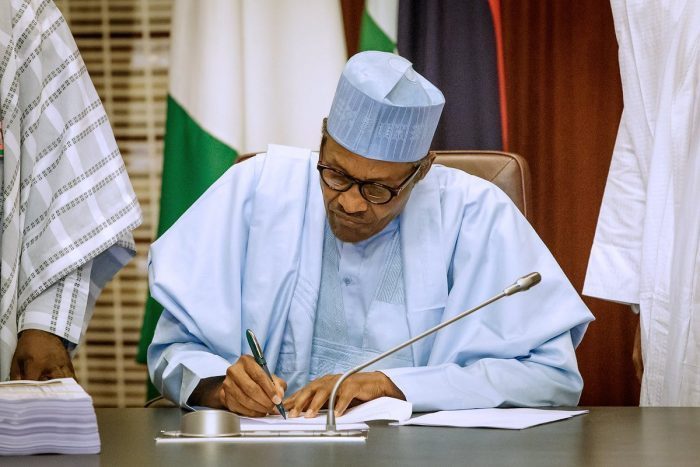 President Muhammadu Buhari has urged Nigerian universities to intensify efforts at making discoveries and inventions that can assist the development of the country.

Mr Buhari made the call on Saturday in Dutsinma, Katsina State, in his address at the fourth convocation of the Federal University, Dutsinma, FUDMA.

The president, represented by Prof. Hafiz Abubakar, the former Deputy Governor of Kano State, said that part of the speech would serve as a wake-up call to the nation’s universities.

“Research, critical thinking, moral dispositions, discoveries and inventions should find natural habitats in our universities, as they do in several other universities in the world.

“Universities are supposed to be strong drivers of the country’s development initiatives for sustainable development,” he said.

He challenged the universities for being slow in aspects of discoveries and inventions.

“It is not heart-warming that in our over 58 years of independence, Nigerian universities are slow in discoveries and inventions,” he said.

He, however, said that his administration would continue to do everything possible to improve structures and facilities in the institutions, and to enhance learning by training the required manpower through various interventions like TETFUND.

Mr Buhari also urged FUDMA to partner with Sokoto River Basin Development Authority to produce improved agricultural varieties and give the required scientific and extension support to the local farmers.

He said that this would enhance the farmers’ productivity and economic viability.

In his remarks, the acting Vice-Chancellor of the university, Prof. Adamu Baba-Kutigi, said that 430 students were graduating from the institution for the 2017/2018 session.

According to him, the university, whose vision is to be among the top-ranking universities in the world, has seven faculties that run about 40 programmes.

He disclosed that the institution had established microfinance bank, university farm, printing press and a shopping mall to enhance its internally generated revenue.

The News Agency of Nigeria reports that prizes were given to some students for their excellent performances.