Before the Radio Television Libre des Collines (RTLM) ungodly propaganda  led to one of the brutal and deadly genocide in human history, no one could ever expect that the media could be that dangerous.

The 1994 Rwandan genocide exposed media hypocrisy and wickedness. No doubt Rwandan’s genocide remained the greatest media mistake of all time. Some described it as the most tragic, unfortunate and deadliest massacred in recent history and it was engineered by media.

According to data released by united nations, in just less than one hundred days, conflict between the Hutu majority and Tutsi minority fuelled by media resulted in the killings of between eight hundreds thousands (800,000) to one million people.

An eye witnesses’ account said, many of the Hutu owned media organizations urged individuals to take part in the killings and increased levels of violence against their Tutsi’s neighbors.

Famous among them was the notorious Radio Télévision Libre des Mille Collines (RTLM), a key media outlet for the Hutu-led government. Reports had it that, RTLM encouraged Hutu majority to take arms against Tutsi minority.

Their propaganda and inflammatory messages calling for the extermination of the Tutsis fueled violence and as a results Hutu extremists executed almost a millions innocent Tutsis and moderate Hutus.

In 2004, former United Nations Secretary General late Kofi Annan blamed western media of underreporting the incident and allowed hate media organs in Rwanda, through their journalists, broadcasters and media executives, played an instrumental role in laying the groundwork for Radio Télévision Libre des Mille Collines (RTLM), a key media outlet for the Hutu-led government, on violence and killings of the Tutsi minority.

Read Also : Lanre –Onilu: How We Intend To End Saraki Dynasty In Kwara

Also in Kenya, before the general election in 2007, media in the east African nation divided into two branches and each report based on ethnic line and political affiliation.

The two major tribes, the Kikuyu and Low each took arm against one another as a result many people had been exterminated, properties worth billions of dollars destroyed and the major actors of that unfortunate disasters were the politicians and media. Prominent among them are: The Nairobi and Mombasa’s media outlets, the then president Moi Kibaki, opposition leader Raila Odinga and the current President Uhuru Kenyata and Williams Ruto were all accused.

Some critics are of the opinion that, the unfortunate extermination of Tutsis minority and moderate Hutus in Rwanda and the gruesome mass slaughter of innocent people in Kenya should have been a lesson to learn for Nigerian’s media outlets.

But unfortunately, the reverse is the case. Today, media reports in Nigerian is based of ethnicity and religion, whereby, tribe and region also become yardstick for reporting issues.

Perhaps, in Nigeria, this shameless attitude does not start today; it is on record that, after the formation of Nigerian Youth Movement in 1934 Media bias began to play key role in reporting issues of national importance especially political matters.

For instance, In 1941, the proprietor of Daily Service, Ernest Sessei-Ikoli declared to contest as the president of the Nigerian Youth Movement, and then, Dr. Nnamdi Azikiwe went against his candidacy and instead he supported a Yoruba man Samuel Akinsanya. Daily Service in its front page said: ’’Zik refuse to support Ikoli because he is an Ijaw man despite the fact that he (Ikoli) contributed immensely to the growth of the party.

Therefore, as time goes on, Awolowo and H. O. Davies supported Ikoli and he eventually won. Nnamdi Azikiwe West African pilot fired backed and attributed the defeat of Akinsanya to the fact that he (Zik) was not a Yoruba man. Zik therefore resigned his membership of the party along with his other Igbo supporters.

That was then, but what about today?  It is an establish fact that, the media in Nigeria today did more harm to the country than good through  systematic inciting one tribe against another. Media particularly Newspapers today lay the groundwork for social media monsters to spread the inflammatory messages. Creating tension among Nigerian people became an instrument of measuring professionalism; fabricating news is a feature of reportage and ethics.  Instead of becoming a unifying factor; most media outlets today are evil tool in which the agents of devil use to disseminate their propaganda. Media nowadays is divided into two camps, some practices NTA the second group practice Sahara reporters’ journalism. Those in NTA camps are the one owned by governments and their major stories has to do with governments’ propaganda, while the other group that is those from Sahara reporters’ camp. Many of them diverted from the ethics of journalisms by fabricating false information.

These unfortunate incidents today made most journalists lies ; they eat and drink with manufactured and doctored stories and then spread it for public consumption. For instance, just less than two years someone fabricated a story: ’’the students of federal college of education Kaduna had being killed’’, he said. Unfortunately when the story was found to be untrue, the security agents went after him, instead of journalists to allow authority to deal with the situation, they ended up rallying behind this dangerous liar.

However, if we can recall the role of media during Zangon Kataf genocide in 1992, Yelwan Shendam mass execution in Plateau state in 2000-2001, and the recent Boko Haram, Herdsmen/Farmers clashes one might think that our media outlets was mainly establish to sabotage the Nigerian state. For example, the conflicts of Zangon Kataf and Yelwan Shendam have similarity with Rwandan genocide in which one major tribe brutally exterminate its defenseless neighbor, but unfortunately, most of the Nigerian media outlets particularly newspapers turned the table down whereby the victims became the aggressors; the same goes to farmers herders clashes, if criminals killed herdsman it is unknown gun men attack but if a farmer is attack, herdsmen must be responsible.

Thus, I am not of the opinion that  the killing is good, neither supporting herdsmen nor the farmers but the truth must be told, these kind of Afghanistan reportage should stop before it is too late, because if it  escalate, no one is safe. We my all fall victim in one way or the other. Therefore both the media and authority should create avenue whereby issues like this can be address.

Abdullahi Isah is a Journalist and Public Affairs Analyst based in Kano and can be reached on iabdullahi723@gmail.com. 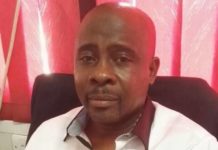 PMB and the mask: Is there something we are not being told 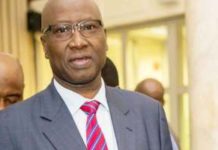 What does Boss Mustapha want from Ministry of Power

Between Malam and the Medics 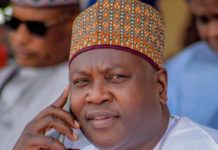 Kabiru Alhassan Rurum: Still the master of the game

Spewing the sins of the spin Doctor