The National Hajj Commission of Nigeria (NAHCON) has released the contact number for persons with complaints over ongoing Umrah exercise.

Umrah, also called lesser hajj, is an Islamic pilgrimage Muslims do to Saudi Arabia mainly during the last days of Ramadan.

Umrah pilgrims who thronged Saudi Arabia last year during the last ten days of Ramadan experienced lots of delays as they sought to return home.

Many were left stranded for several days in Makkah and Jeddah airports by tour operators and airlines.

NAHCON in a statement Wednesday by its spokesperson, Fatima Usara, said in order to avoid a repeat of the ugly situation this year, the commission as

part of its supervisory duties, has already dispatched a team to Makkah, to “monitor, evaluate, take necessary action and report on Umrah activities of pilgrims as well as licensed service providers.”

The commission asked people with complaints to contact its relevant officials or its team at NAHCON Head Office in Ummul Jood District, Makkah.

“However, NAHCON would like to enjoin all Umrah pilgrims to, henceforth, verify and determine the package they are paying tour operators/service providers for even before embarking on the journey.

“Doing this is important to facilitate any role NAHCON would be playing in the interest of the Umrah pilgrim-whether in sanctioning defaulting tour operators or even the Umrah pilgrims themselves.

“Doing this will eliminate any chances of being shortchanged and reducing the pilgrims tendency of expecting too much from his/her service provider,” the statement said.

NAHCON also advised Umrah pilgrims to ensure that they do not overstay their visa expiry date.

It said such an overstay carries with it multiple penalties including “arrest, detention, six months imprisonment, a fine of 50,000 Saudi Riyals and deportation.”

Similarly, it said, for service providers/ tour operators who fail to report visa violators to necessary authorities or aid overstaying of Umrah pilgrims in the holy city, they risk a fine of 100,000 Saudi Riyals per violator.

“While NAHCON calls upon Umrah pilgrims to abide by the regulations of the Saudi Arabian authorities, and to remain good ambassadors of their country, the commission reiterates its commitment to safeguard the rights of all Umrah pilgrims as well as those of licensed service operators.

“The commission is determined to ensure that service providers meet their obligations to their clients,” the statement said. 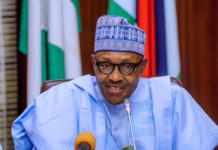 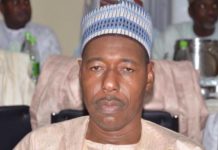 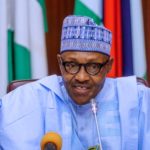 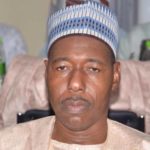