The suspects who indicted the lawmaker representing Kogi West, Senator Dino Melaye, have declared that the allegations against them are false.

The duo – Kabiru Seidu, 31, aka “Osama” and Nuhu Salihu, 25, aka “Small” (as identified by the police), said this on Monday when they were arraigned alongside the lawmaker at a Senior Magistrate Court in Lokoja, the Kogi State capital.

They implicated Senator Melaye in the allegations of criminal conspiracy, illegal possession of firearms and illegal arms dealing leveled against them by the police.

The suspects had claimed to be political thugs of the lawmaker whom they accused of arming them, an allegation that the senator has since denied.

During their arraignment in court today, the suspects and Senator Melaye declared that the allegations against them were false and that they were not guilty when their pleas were taken.

Earlier, the prosecution, led by Dr Alex Izinyon, told the court that the offences were contrary to section 97(1) of the Penalty Code and section 27(1)(a) (1) of the firearms Act CAP P28, laws of the Federal Republic of Nigeria, 2004.

He also reminded the court that the pleas of the defendants were not taken on arraignment, noting that the court has the jurisdiction to try the case and should, therefore, go ahead to take their pleas.

When the charges were read afresh to the defendants, Melaye, Seidu and Salihu, pleaded not guilty as they said the seven charges were all false.

Barr. Yemi Mohammed, who held brief for Mr Mike Ozekhome – counsel for Melaye, objected to the application, saying that the case was a criminal one in which witnesses must give their testimonies in the open court.

He stressed that the ‘front-loading’ system which the prosecution was urging the court to adopt amounted to a shortcut that would be prejudicial to his client and reduce the chances of the public getting to know the truth.

In his ruling, the Senior Magistrate,  Sulyman Abdullah held that while he would “wholeheartedly” want trials in his court to be concluded speedily, he would have to look at the rules of the court. 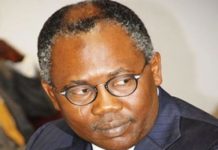 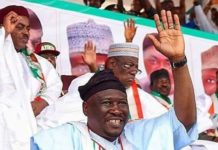 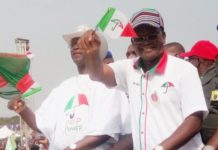 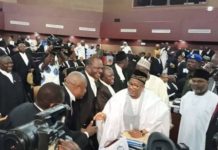 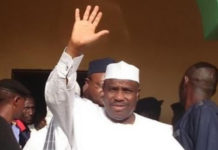 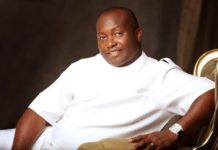