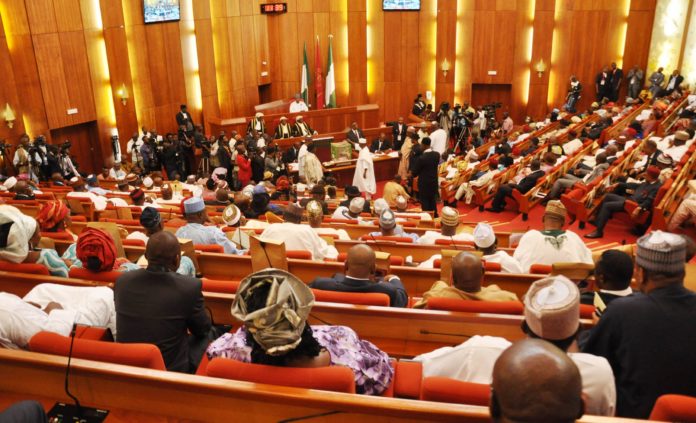 The National Assembly on Monday responded to the allegation of corruption leveled against it by the former chairman of the Independence National Electoral Commission (INEC), Professor Attahiru Jega.

Prof. Jega, while delivering a Democracy Day lecture in Abuja yesterday, had alleged that members of the National Assembly are notorious for seeking bribes to carry out their constitutional duties.

Speaking to National Assembly correspondents yesterday, the Senate spokesperson, Aliyu Sabi Abdullahi, said the ex-INEC chairman can go ahead and make whatever claim he wants.

“This is the beauty of democracy. People can say whatever they want. It is their right to do so. I will not respond to what he has said.”

On his part, the House of Representatives’ spokesman, Abdulrazak Namda was not as dismissive as his Senate counterpart.

He challenged Jega to substantiate his claims by mentioning names of the corrupt officials.

He said: “As far as we are concerned, this is just an allegation. We will only take it serious if Jega mentions people’s names. If he is specific on individuals that are notorious for taking bribe, that would be a different thing. But this statement is a blanket statement that should not be responded to.

“As far as we are concerned, this is allegation that needs to be proven. Until individuals are mentioned, we will not respond.”