The President concurred with APC governors at a meeting on Tuesday night on their proposal to support Oshiomhole for chairman at the May 14 national convention.

Reacting to a statement from the Peoples Democratic Party (PDP) that Buhari was trying to impose Oshiomhole, Ganduje told reporters after a meeting of some governors with the members of the National Working Committee (NWC), that “there is no imposition at all”. “Everybody is free to contest just as everybody is free to hold an opinion on who should lead the party. I don’t think that there is any case of imposition because it is not a guideline and not part of the constitution.

“Just like every other person, Mr President has the right to air his opinion, but that does not mean he should stop any person who will like to contest from contesting. Mr President’s opinion is not constitutional and it is not a non-constitutional opinion as well.

“He just voiced out his thought which will serve as a guideline to some… The issue of being undemocratic does not even arise. There is what we call guided democracy and we regard what Mr President said as such. If that is what will make the party stable and avoid the fallout after the election like we saw in the PDP, it will be better for us.”

On the outcome of the meeting, the governor said besides the timetable for convention and congresses, the meeting agreed that zoning will be maintained for party officers, “but the only clause is that they should go and discuss with those governors in charge of the zones where the officers should come from.

“For example, the chairman of the party will have to come from the Southsouth, the secretary from the Northeast and all other positions like that. We have resolved all issues amicably. The NWC will have to get back to us in a week’s time.”

There were no opening remarks. The meeting, which was presided over by Natinal Chairman John Odigie-Oyegun,  started at about 2.30 pm.

Party spokesman Bolaji Abdullahi said the announced dates for congresses and convention may not be sacrosanct.

He said there might be an adjustment in view of observations made by some of the governors that the timetable was too tight and made no room for errors.

Abdullahi said: “What we were told at the meeting was that the President had a meeting with some governors and they asked to know who he wanted to support and I think that he told them his preference. But that has nothing to do with the meeting we had today.”

On whether the NWC will stand with the President, he said: “I don’t think that is a fair question to ask me because you will be asking me for my personal opinion and I am not here to give you my personal opinion. What I can tell you is that Chief Oyegun will make his position known within the next couple of days, whether he is going to contest the chairmanship or not.

“The President is a party member and has the right to have his preferences and I don’t get the feeling that he told anyone this is the person you must support. He met with some of the governors who went to ask him and they were actually four governors. I don’t think that the governors that met him yesterday to say he told them this were up to five or six.

“So, maybe they probably asked him and because of the relationship he has with them, he told them what his preferences are and they felt that it was important for them to make this available to the public. I don’t get the feeling that President Buhari called the governors and told them that this is the way you must go.

“Don’t forget that it was this same office that we came to the NEC meeting on the 27th of March and the President said NEC had taken this decision regarding the tenure of party executives across the country and that he has been advised that the position was not consistent with the position of the law and asked the party to take a second look at it. He did not say he has taken a position, so there should be no more conversation.

“The opportunity he gave the party has made us better because that is how we arrived at the position we are discussing now. The consultation he had with these governors was a private conversation. He did not address a press conference to say this is the person I want.

“So, if those individuals he confided in felt it was necessary for them to make the position public, I don’t think it is fair for us to hold the President responsible for this. I don’t think he has foreclosed anything or that he has said this is the way everyone must go.”

The APC spokesman, who insisted that those to contest party positions was not discussed with the governors said in view of observations made by some of the governors on the timetable prepared by the party for congresses and the national convention, there was the possibility of a review of the dates.

He said in fixing the timetable for congresses and the National convention, the party was conscious of the forthcoming ramadan fast and did not want any political activity to take place within the month

He said: “The meeting was called to emphasise to the state governors the need to ensure that congresses were held in a very transparent manner and that they are free and fair. We are aware that some governors have been making statements which we believe are giving the impression that we don’t intend to hold congresses in particular states.

“So, the meeting was to emphasis to go the governors that we want congresses in a very transparent manner and ensure that the processes are free and fair. One of the major concern of the party at the beginning was that we should do everything possible to avoid rancor that could be generated as a result of the congresses. It was agreed that one of the major ways of avoiding that rancour is to ensure that the congresses are transparent to the majority of the people. 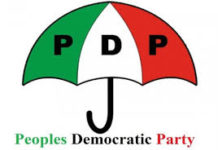 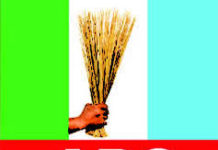 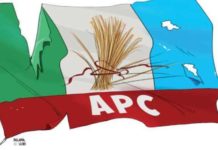 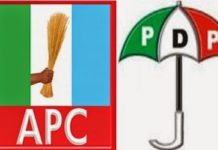 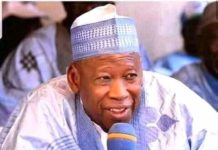 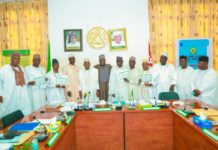 Why We Retired Kwankwaso From Politics- Ganduje